Explore the three most popular countries in Europe tour. Plan a trip to Swiss, Paris, and London and spend some memorable time with your loved ones. Though London is considered outside schenegen region but many tourists wants to add London in their Europe tour hence we recommend adding Switzerland and Paris to make it more memorable

Switzerland is a central European country and it is the home of mesmerizing lakes and the beautiful snow-capped mountains. The natural beauty and the astonishing sights of Switzerland attract visitors from across the world. Switzerland is not just known for its natural beauty but its equally famous for its chocolate and cheese. Switzerland honeymoon package offered by swissolidays are curated as per the interest and budget of travellers which exciting yet affordable

Paris is one of the most visited cities in world and Europe tour cant be complete without visiting Paris. The astonishing landscapes, sparkling river, and baroque monuments make the city more elegant. Effiel Tower, Disneyland, Louvre Museum, Arc de Triomphe, Versailles Palace are the most beautiful attractions of Paris. Swiss, Paris, and London are the ideal destinations for one who are planning a honeymoon or a family holiday. Paris vacation packages are offered by many companies but there are very few who are combining other destination like Italy, Switzerland or London with Paris.

London is the largest city of England and the United Kingdom (UK). Houses of Parliament, the iconic Big Ben clock tower and Westminster Abbey are the main sights of attractions in London. From the riverside iconic wheel, you can view the city from the top. The famous wheel is known by the name of the Coca-cola London Eye. London holidays are great in summers thus makes an ideal destination to visit with family though its equally popular with honeymoon couples as well.  Europe tour can also be combined with various other destinations including London or excluding depends upon the choice of the travelers. Europe tour offered by swissolidays is really cost effective and enjoyable

After arriving at London International Airport make your way toward Immigration check and after all your clearance kindly proceed towards the exit gate where we have arranged your Private transfer to your Hotel.Post-check-in, you can explore this beautiful city on your own. Rest of the day at your own leisure

After breakfast, Today you will enjoy the benefits of getting your tickets just 15 minutes before your experience and bypassing the majority of the queue, your flight on the Coca-Cola London Eye will present you to one of the best panoramic views of London.

Take a flight on Coca-Cola London Eye, a visually striking structure and the world's largest cantilever observation wheel. As you ascend over the Thames you will see London's famous streets, churches, palaces, and monuments spread out below in a panoramic scene giving you a new perspective of a great city! On a clear day, the views can stretch as far as 25 miles to Windsor Castle. The visitor to the Coca-Cola London Eye can also experience the four-minute 4D Experience, focusing on the journey of a little girl and her father in London in which they visit the Coca-Cola London Eye and enjoy a spectacular take on the capital. Their experience is brought to life with vibrant 3D images of colorful parties and events inside the Coca-Cola London Eye capsules, dramatic firework displays, a snowfall over the city, revolutionary aerial footage of other iconic landmarks and sophisticated, fun 4D effects.

Stay overnight at the hotel in Paris After breakfast, embark on a guided city tour of London, First opened in 1884, LondonÆs Madame Tussauds Waxworks Museum exhibits waxwork figures of celebrities. Its reputation for quality and innovation quickly made it the worldÆs most prestigious waxworks û the predecessor of those later opening in different cities including Amsterdam, Bangkok, Berlin, Blackpool, Hollywood, Hong Kong, Las Vegas, New York, Shanghai, Washington, and Vienna. Kids will love watching some of their favorite Marvel superheroes fight evil in an entertaining 4D movie. You will also be able to take part in Pirates of the Caribbean with Jack Sparrow (Johnny Depp), Elizabeth Swann (Keira Knightley) and Will Turner (Orlando Bloom).

Step inside and be immersed in a world of famous fun, from Bollywood to Hollywood, music to sport, social to stardom - where you can even join the Royal Family for an official photoshoot or grab a selfie with your favorite celebrity. Dare you walk the catwalk alongside Cara at our exclusive fashion show? Or will you take the hot seat with will.i.am to see if youÆve got what it takes to be a coach in our new interactive The Voice UK experience? Come face-to-face with an eighteen-foot animatronic Kong head in the Kong: Skull Island experience alongside Tom Hiddleston. Learn about the history of the woman herself, Marie Tussaud, before you sit back and enjoy a ride through 400 years of LondonÆs history in our iconic taxi ride. Then join the crime-fighting team in our exclusive Marvel Superheroes 4D adventure.

Finally, use the force and be transported to a galaxy far, far away from where you can get in on the action with the greats of the Star Wars universe. This is a unique and immersive experience starring extraordinarily life-like wax figures of your favorite heroes and villains of Star WarsÖ Episodes I-VI. The figures appear in authentic walk-in sets inspired by key scenes from the movies. Dynamic special effects add to the immersion, as fans step right into, and star in, some of the most iconic moments in film history. After having your breakfast, today you continue on your trip to Paris aboard the We recommend that you make your train reservation between 10:00 am and Noon. This will give you time to enjoy your final breakfast in London and head to the train station for your train to Paris. Should you desire, we offer private transfers where a representative will meet you at your hotel and transfer you to the train station. In approximately two hours and 15 minutes you will be in Paris

Get ready for your local tour. Attraction: Skip the line Eiffel tower Paris Seinorama. Enjoy some of the histories of France and the national monuments, then a cruise on the Seine and a visit to the Eiffel Tower.

About Tour: A strong characteristic of the French people is the respect they have for their history and the restoration of their national monuments. The result of this preservation of the past has greatly contributed to the beauty of Paris today. This tour includes the Place de la Concorde, the Avenue des Champs Elysees and the Arc de Triomphe. You will then be taken to a prestigious and residential area near the Bois de Boulogne before enjoying a one hour cruise on the River Seine. Finally, enjoy a visit to the 2nd floor of the Eiffel Tower and admire the superb panoramic views over Paris. After having your breakfast, today you will enjoy Disney land, The ticket will give access to both the parks. It includes transportation to the park. It includes Disneyland Paris 1 Day 2 Park with Coach transfers. After having your breakfast make your way towards the train station for your onward journey to Zurich and then to Interlaken, after arriving Zurich station you have to change train for your onward journey to Interlaken thus journey will be done with your Swiss pass. Once you arrive at Interlaken station you have requested to walk out from the station Upon arrival make your way to the hotel and check-in.

Later in the evening make your way to the Harder Kulm, which is celebrating 100 yrs of Swiss Tradition this year. Enjoy a romantic evening there with an aperitif served specially for you. If you arrive here on a Thursday evening, you can also enjoy some traditional Swiss music. The trip up the mountain in the funicular is quite spectacular. Following breakfast this morning its time to head to the station and head off to the Top of Europe - to the Jungfraujoch. Snow and ice are guaranteed 100% round the year. Upon arrival at the top, you can walk around on the glacier; spend time in the Sphinx there looking at all the peaks around you. On a clear day, you can see as far as the Mont Blanc (of France)!, visit the Ice Palace and finally enjoy a hot meal in the restaurant there. Later in the afternoon take the train back to Interlaken and the rest of the evening is free for you to either walk around town, shop at Bucherer or any of the shops there else depending on the day of the week, you could also enjoy a Dinner cruise on the lake. For those who would like to gamble away, the famous Casino Kursaal awaits you.

After having your breakfast make your way towards the train station for your onward journey Interlaken to Lucerne, after arriving Lucerne thus journey will be done with your Swiss pass. Once you arrive at Lucerne station you are requested to walk out of the station. In the evening enjoy your dinner cruise at Lake Lucerne, the starting point of the port is just 11mins from your hotel which can be done via train and bus or even walking (Cost of Dinner Cruise Not Included)

Overnight at the Lucerne Hotel. Breakfast at the hotel

An adventure excursion to the highest vantage point in Central Switzerland. Using your Swiss pass arrive at the mountain resort of Engelberg in Central Switzerland, where you will board the aerial cableway for a 45-minute journey from the green valley bottom to the high alpine glacier region at 3020 m/10000 ft, which guarantees snow the whole year round. Enjoy a magnificent ride in the world's first ever revolving 'ROTAIR' gondola, which offers a 360 panoramic view of the Alps. During 2 hour stay on the mountain visit the Ice Grotto and experience the new 'Ice Flyer', a chair lift ride over the glacier with fantastic views into crevasses and ice falls and enjoy a snow slide on the 'Fun lift' (these activities are included in our tour). After the descent to Engelberg return back to Lucerne by using your Swiss pass.

Overnight stay at your hotel in Lucerne. After having your breakfast you will be privately transferred to the airport for your onward journey. Come back with beautiful Italian memories. Do last-minute Shopping if time permits.

Arrive home with pleasant memories of your Delights Europe Tour. 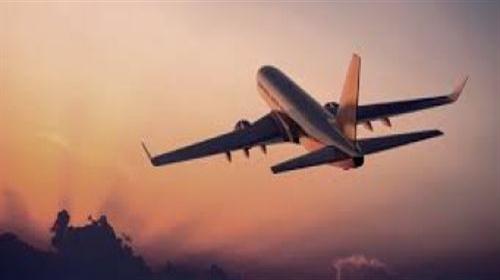 If you Cancel your Holiday, amounts as per the following slabs shall be forfeited:

Entertained by the embassy for any reasons whatsoever, the amount charged for such facilitation by the Company (if any) shall stand forfeited and the fee or any other charges deposited with the embassy shall under no circumstances be refunded. Such forfeiture is in addition to any other deductions that the Company is entitled to make under its cancellation policy. The timings and days of operation are subject to alteration. Changes if any will be intimated at the time of booking or handover of vouchers.

The Company shall be entitled to forfeit the non-refundable amount paid by the client to the company. In the event the client cancels the booking or on failure on the part of the client to adhere to the tour payment schedule as informed in the documentation check-list or in the event the visa of any country is not granted OR unable to travel on the tour booked by the client due to any reason whatsoever, including medical ground or sickness, the non-refundable amount shall stand forfeited as per ‘Cancellation Policy’ stipulated hereinabove. Best of Italy and Swiss Best Of Germany With Swiss