Best of London, Scotland & Ireland Tour Package offers so much to see and do that you would be spoilt for choice. Pick this London package to see all of its major highlights without any hassle. With a comprehensive tour, see the world-famous Westminster Abbey, Kensington Palace, Trafalgar Square, Big Ben and the changing guard ceremony at Buckingham Palace. An excursion to the grand Windsor Castle, which houses the 11th-century Norman Gate and opulent staterooms is what follows. On a full-day trip to Kent, explore the Gothic Canterbury Cathedral and gigantic Leeds Castle. Later, I see the heritage city of Greenwich, where Henry VIII and Elizabeth I were born. During your vacation, you will also get an opportunity to explore the UNESCO-listed city of Bath, famous for its Georgian architecture.

Scotland is a diverse and extraordinary country, with a rich and fascinating history. The country has nearly 800 islands, only 300 of which are inhabited, and these islands are home to some of the most beautiful landscapes in the world. A land of contrasts, Scotland boasts vibrant and exciting cities to visit and breath-taking lochs, mountains, and coastlines that shouldn’t be missed. Every inch of Scotland is steeped in culture and history, something that the Scots are immensely proud of. In Scotland, you’ll never be far from a traditional pub playing great live music, gig venues, and music attractions Best of London, Scotland & Ireland Tour Package

Perched on the northwest tip of Europe, this is the one place in the world where even time getting lost will be worthwhile. With ancient myths and legends to uncover, amazing landscapes to explore and locals who will be more than happy to reveal their hidden gems, just go where the island of Ireland takes you. It is the third-largest island in Europe and the twentieth-largest island on Earth. The capital of the Republic of Ireland, Dublin is one of Europe’s coolest capital cities. The city pulsates with energy thanks to its excellent restaurants, chic boutiques, legendary pubs, beautiful art galleries, verdant urban parks, elegant architecture, fascinating and turbulent history, plus its unique scenic location perched at the edge of the Irish Sea Best of London, Scotland & Ireland Tour Package

After arriving at London International Airport make your way toward Immigration check and after all your clearance kindly proceed towards the exit gate where we have arranged your Private transfer to your Hotel.Post check-in, you can explore this beautiful city on your own. Rest of the day at your own leisure

Breakfast at your hotel. Then proceed for London HOHO tour. Using HOHO buses you will be able to see so much more of London - and travel in style too! Pick one of the six bus routes available, sit back and embrace the city views, but be sure to Hop-Off and changeover throughout the day and see as much of London as you can! There is something for everyone in London, whether you are into sports, theatre, history, art, fashion, architecture - the list goes on! From parks to palaces, museums to monuments, boats, banks and bridges, there is so much to see and enjoy in this Great British City. You can visit London Eye and Madam Tussauds using this pass. Rest of the day at leisure. Breakfast at your hotel. You can explore the shopping streets of London or can opt for a fabulous Windsor Stonehenge and Bath Tour.

Make your own way to the pick-up point of this very popular tour. On your awesome Windsor tour, your first stop is the lavish Windsor Castle. Take a short walk through the quaint town of Windsor and approach Her Majesty the Queen’s favorite weekend residence! A royal home for over 900 years, this sprawling castle is spectacular and steeped in history. The State Apartments are a sight to behold. Filled with ornate weaponry and priceless works of art, including pieces by Leonardo da Vinci and Rembrandt, the audio guide tells you all you need to know about each lavishly decorated room. Visit Queen Mary’s intricate doll’s house, which features tiny silverware, a miniscule working kitchen and a mini version of the Crown Jewels! St George’s Chapel is the final resting place of the Queen Mother, as well as Henry VIII and his most-loved wife Jane Seymour.

Continue your picturesque journey to the mystical Stonehenge. These mysterious rocks have stood on Salisbury Plain for over 5,000 years; some say we will never know for sure what they stand for. Perhaps this is an astronomical clock? Maybe it was a religious temple. Whatever you decide, nothing can compare to the feeling of standing in front of such an ancient monument.

Then travel onwards to Bath. A breathtaking city, Bath was the first city in England to become a UNESCO World Heritage site. Filled with exquisite Roman and Georgian architecture and featuring natural hot springs that were once popular for public bathing, see the 15th century Bath Abbey and explore the amazing independent shops and quaint cafes. Your visit continues by visiting Bath’s Roman Baths. You can’t have a soak in them anymore, but the Roman Baths are still a charming historic attraction and gave the city its name – proof that the Baths are definitely worth seeing! You will also visit the Pump Room and have the opportunity to sip Bath’s waters in this enchanting neo-classical salon. Return back into London. Breakfast at your hotel. When ready proceed for your Edinburgh city tour. See as much as possible and hop-on to your guided bus tour. Start your journey at Bus Stop 1, located on Waverley Bridge and prepare yourself for an adventurous journey all around the heart of Edinburgh. We'll take you to 14 great locations, all of which give Edinburgh its character and heritage. Buy your ticket online today and start planning your sightseeing! Rest of the day at leisure. Overnight at your hotel. Breakfast at your hotel. When ready, proceed for your Dublin City tour. Explore the streets of Dublin on a stylish red open-top bus. Begin your journey on either the Blue or Red Line at the first Bus Stops, located on 13 Upper O'Connell Street. The Red Line has 23 destinations and the Blue Line has 21, so your journey will be packed full of Irish fun! Rest of the day at leisure. After breakfast, check out. Time for some last minute shopping or sightseeing. Then private transfer to Dublin airport for your flight back home. 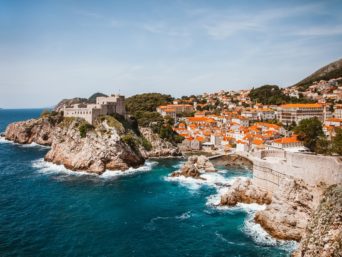 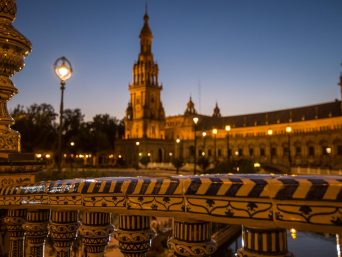 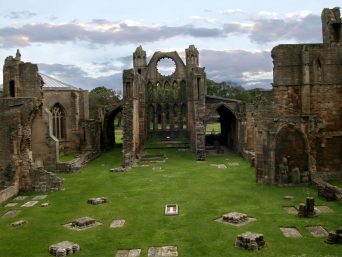